Casole d’Elsa is a typically Tuscan fortified medieval town, located on the top of a hill at 420 meters. s.l.m. from which you can enjoy a view an impressive overview of the Sienese countryside. The village has been awarded the Orange Flag of the Touring Club.
In Casole d’Elsa, the city walls with its ovoid shape made up of two round towers from the end of the fifteenth century should first be seen in one of which there is the Hotel Torre dei Serviti, and the 14th-century fortress seat of the town hall. Also worth visiting is the Arte Viva art gallery with its magnificent collection of drawings and paintings by children of the whole province. In the historic center to visit The Collegiate Church of Santa Maria Assunta , built in the 12th century in Romanesque-Gothic style and inside which there are various works of art.

Near the Collegiate Church there is the Canonica seat of the Archaeological Museum of the Collegiata, where you can admire the history of the town and the surrounding area with archaeological finds from the Etruscan period and pictorial and sculptural works of the Sienese school from the fourteenth to the sixteenth century. Also worth visiting is the fourteenth-century Church of San Niccolň which is located outside the center, in which there are frescoes by Vincenzo and Francesco Rustici and a Madonna of the Sienese school of the fourteenth century.
In the territory of Valdelsa and Valdicecina, the famous medieval villages of San Gimignano , declared a UNESCO World Heritage Site, Volterra and Monteriggioni , are worth a visit. a magnificent example of a fortified castle, a unique village praised also by the great poet Dante Alighieri. 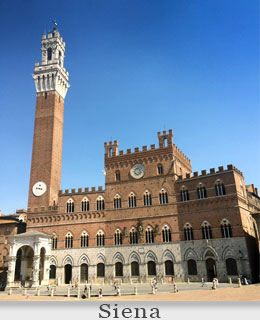 Siena is one of the most beautiful cities in Tuscany. Famous for the Palio, a historic horse race in summer, Siena is also home to one of the oldest universities in Europe. 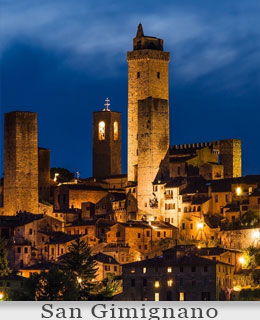 San Gimignano is now known by all as "The city of beautiful towers", and in 1990 UNESCO included it in the list of World Heritage Sites. 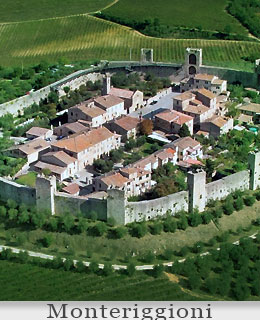 Monteriggioni is one of the most beautiful and intact fortified villages in Italy, which has remained incredibly intact as if time had never passed on that hill. 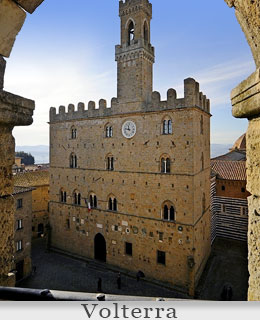 Volterra is known for its Etruscan origins and for the numerous archaeological finds belonging to this era.

The Palio di Casole is part of a historical and cultural tradition that has been rooted and consolidated for centuries in the territory of the province of Siena.
Here we run The Palio di Sant’Isidoro in Casole d’Elsa. It is an unmissable event every summer where the horse race che is held assigns the victory to one of the six districts participating with events throughout the village and a craft market.

The village of Casole d'Elsa is beautiful even in winter, and during the Christmas period the inhabitants all stage together a huge Living Nativity every biennial which ends on the day of the Epiphany, a true open-air show that attracts many visitors.

The ancient castle of Casole d'Elsa is remembered since the beginning of the eleventh century as an important cornerstone of the bishops of Volterra in a territory disputed by Volterrani, Senesi and Fiorentini. Passed under the Sienese dominion following the Battle of Montaperti (1260), the village was enlarged with new fortifications receiving the toponymic structure that still distinguishes it today.
From the 16th century the events of Casole follow those of the Grand Duchy of Tuscany and therefore of the new Italian State. The village was the subject of very serious destruction during the passage of the front during the Second World War (Source Wikipedia).